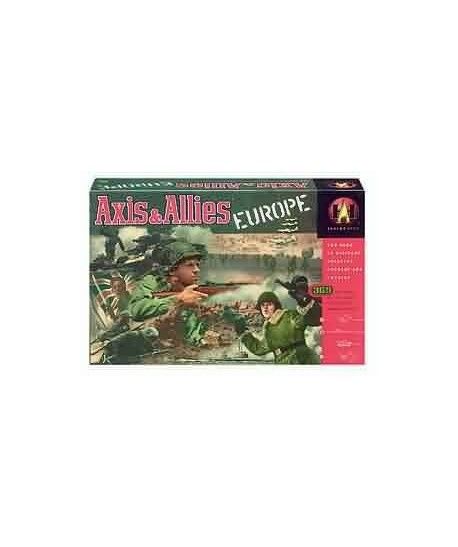 Spring, 1941
Germany stands poised to launch the largest invasion in history, an all-out attack on the Soviet Union. Most of Europe already lies under Hitler's yoke. Great Britain, reliant on its overseas empire, is slowly strangling in the web of German u-boats prowling the seas. And the United States, despite its tremendous industrial might, is tragically unprepared for war.

Axis and Allies: Europe pits you and your opponents in the massive struggle of World War 2 in Europe, the Atlantic, and across North Africa and the Middle East. But this battle isn't just about armaments. As a world leader, you must initiate masterful military maneuvers, conjure up clever economic strategies, and play power politics to lead your nation to victory.

Hannibal & Hamilcar: Rome vs Carthage is a 20th anniversary edition of the classic Hannibal: Rome vs. Carthage, an asymmetrical card-driven game for 2 players set in the time of the epic struggle between ancient Rome and Carthage.

It presents a conflict between two superpowers of Antiquity from the classical Clausewitzian perspective, according to which a power only reverts to military operations when there is no other way to achieve political dominance.